The month’s meeting we shall start by listening to a 9/11 dissertation by one brilliant TEENAGE REPUBLICAN, who is not a teenager yet, 12 yrs old WILLIAM HETHER.
His detailed documented analysis will blow your socks off.  Please come prepared to listen very careful. You will be amazed that you are hearing the kind of in depth study coming out of the the mouth of a 12 year old……….read on….. 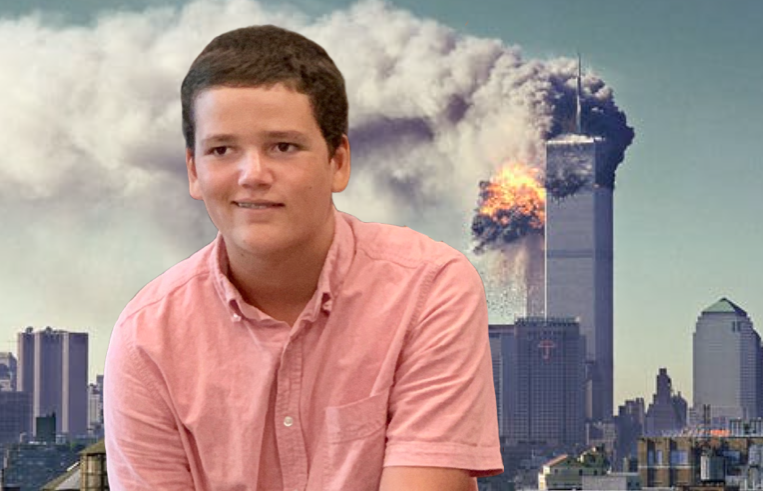 18 years after the horrific September 11th attacks on America, a teenaged Republican from Volusia has done a remarkable work of history that we all need to hear.  12-year old William Hether worked for months on his project, talking to first responders, first-hand witnesses, and those who endured personal tragic losses from the attacks that changed our world forever.

William shared his personal account at the September 15th meeting of the Volusia TARS.  His report was replete with jaw-dropping facts, but most importantly, it was a carefully researched first-hand tour through the ashes, devastation, and eventual triumph of Americans who will never surrender and never forget.

William will provide an encore presentation at the Monday, September 23rd meeting of the Republican Club of Ormond Beach.  We plan to share William’s Presentation live on the Volusia County Republican Party Facebook page, where you will find frequent updates on President Trump and issues of importance to Republicans:

Bio ALEX NEWMAN…….our Keynote Speaker. Another magnificent rendition of what it will take for us to stay focused to save our magnificent REPUBLIC.

Alex Newman is an award-winning international journalist, educator, author, and consultant. In addition to serving as president of the small media and information consulting firm Liberty Sentinel Media, Inc, he has written for a wide array of publications in the United States and abroad. He currently serves as a foreign correspondent for The New American magazine, a contributor to WND, and more. He has also written for numerous newspapers and magazines such as the Gainesville Sun, Liberty magazine, Crisis magazine, The Diplomat magazine, Swiss News magazine, Sunshine State News, Alachua County Today, and many more. In addition, he has co-authored two books, including a major exposé of government schools called Crimes of the Educators published by WND Books. Alex also serves as a director for the organization Bear Witness Central, which works to protect and preserve the U.S. Constitution. In addition, he serves on several advisory boards for education-focused organizations, including U.S. Parents Involved in Education (USPIE) and the Samuel L. Blumenfeld Foundation for Literacy. At the local level, Alex leads the Volusia Liberty Alliance, the Volusia Campaign for Liberty, and the Volusia County chapter of The John Birch Society. For the last six years, Alex has been teaching advanced economics to some of America’s brightest high-school seniors through Freedom Project Academy, an accredited K-12 school offering a classical education based on Judeo-Christian values. Before that, he worked for the Leadership Institute organizing conservative student groups and publications and recruiting young conservatives into the movement. As a consultant, Alex has worked on a wide array of campaigns, ranging from political campaigns for members of Congress to marketing campaigns for non-profit groups and international businesses. He also spent time working in marketing and branding as Creative Director, Europe, for a leading international branding firm based in Miami. Alex has a B.S. degree in journalism from the University of Florida with an emphasis on economics and international relations, as well as an A.A. degree in foreign languages from Miami-Dade College. Alex has lived in seven countries (US, Mexico, Brazil, Switzerland, France, South Africa, Sweden) on four continents and speaks multiple languages fluently and more at varying degrees of proficiency. His work is regularly cited by governments and major media outlets around the world. Alex is a frequent guest on national and international radio shows, TV programs, and at conferences–including on many of America’s top radio programs and on TV shows reaching tens of millions of people. Along with his family, he currently splits his time between various places, including Europe and the United States.